Yesterday, Martin called in the morning and invited us to take our walk to their house for some strawberry-rhubarb pie. We left about 10:30 in a strong, cold wind. Martin and Betsy have rented a house just past the grocery store for the winter so it was not a long walk. We had a delightful few hours eating pie and talking.

As we walked back into the RV park we saw a trailer parked along the road.  The pickup truck looked like our neighbor’s across the street.  When we continued down the road we could see an RV blocking the road and some people standing around.  They saw us too and another neighbor, Jim, zipped up in his golf cart to take us home.  They needed us to move our car so they could maneuver the new, huge fifth-wheel trailer into its space.

Even after I moved the car and the pickup could move into our space, it took a long time to get it lined up just right. The delivery guy was in and out of the truck making adjustments several times. That thing is 41 feet long.

The woman was so nervous, she couldn’t watch.  She was was around behind another motorhome and peeking around the corner now and then.

It is not normally a big deal for an RV to move in or out of an RV park but, in Key RV the roads are so narrow that it is a major event.  A crowd usually gathers to observe and assist. I moved our car and they were able to work back and forth a number of times until they got the huge trailer in place.

Most of the RVs in this park are in place permanently.  They even have rooms added on.  The rest, like us, come for the winter. So it was a big surprise today when another trailer came in to replace a motorhome.

I picked what may have been my last batch of small tomatoes for our meal today. The sun was coming through the window behind the sink when I washed them in the colander. I loved the sunshine on the tomatoes and turning the colander red, so I got the camera to record it. The tomatoes themselves were a little washed out.

Here is a closer look at the little red, orange, and yellow jewels.

My favorite thing to do with these little tomatoes is make a salad with them, mini mozzeralla balls, finely chopped sweet onion, small cucumbers sliced, a lot of basil, olive oil, and balsamic vinegar. Plus a sprinkle of salt and pepper. I served it over a bed of Romaine.  This picture does not have the balsamic on it.  Andy doesn’t like it so I pour it onto mine after serving.

We lost our internet connection again, so I spent entirely too much time messing with that today. Even so, we did get in our walking miles. Here is a sight I had not seen before. The Snowy Egret was roosting on the float at the entrance to our canal.

While I was taking pictures, the egret took off and flew across the canal to chase the Tricolor Heron off the rocks.  The heron moved to the outboard motor on a boat in the canal.

On another walk around the park, we went to the picnic area on the far side of the canal for a better look at the birds on the flats at low tide. This Great Blue Heron had a fish.  It would not stand still to pose for me because several other herons wanted that fish too. So it is a little fuzzy.

These Great White Egrets were performing a synchronized fishing routine. I took several pictures and they were always in matching poses.

The Tricolor Heron flew past us and landed in the mush by the mangrove roots. 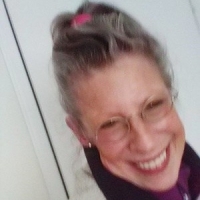 my thoughts and random rants