Dams are certainly not beautiful, but the area around them is.  This was our view when we pulled into a parking space at the south end of the dam.

There was beautiful countryside and the Holston River on the downstream side of the dam.

This is the lake side of the dam. 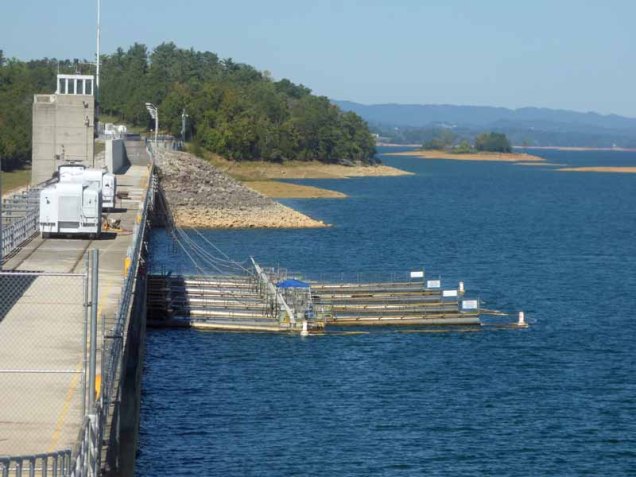 Here is the view as we turned back.  The car in the parking lot gives a sense of how large the dam is. 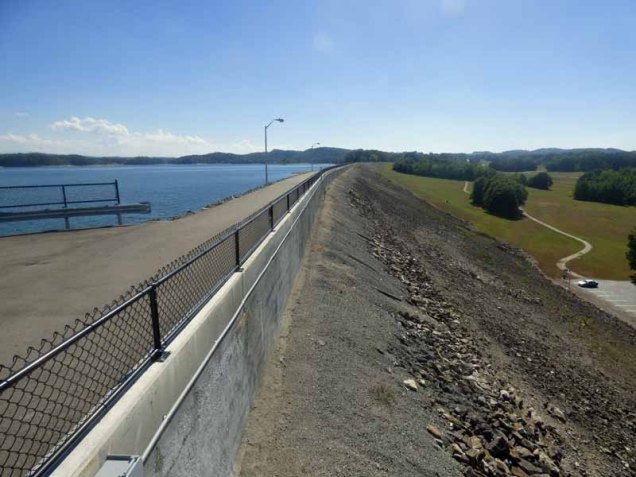 After our walk, we drove around to the opposite side of the river so I could take a picture of the powerhouse.

There were several reasons all the dams were built in the Tennessee Valley.  In the 1920s the reasons were distrust the privately owned power companies that charged too much for electricity, economic development of the impoverished region, and flood control.

The foremost reason for the Cherokee dam in 1942 had to do with providing power to produce aluminum for the war effort.  Now there are 29 dams in the system and also ten coal-powered plants and three nuclear power plants.  There has been controversy every step of the way. More than 15,000 families have been displaced over the years. I suppose there are valid points on both sides. 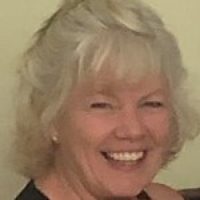