I have to admit that I have been less than thrilled about this new house.  It is nice enough, the community has good amenities, and we’ll have a nice (very small) lot on a cul-de-sac.  But, my dream was some acreage with trees, a garden, and some chickens.  That is not going to happen in Arlington Ridge.

Last night I was Googling a map to see the various routes from Alliance Coach to the development when I decided to study the park that adjoins it.  I looked at pictures that people have posted on Google maps and saw what looked like community gardens. I told Andy we had to go check out that park today.

Here is the map. The park is 318 acres and used to be an experimental agricultural station operated by the University of Florida. There are more walking trails than we will ever need. We parked near the playground and started our walk around the perimeter from there.  We had not seen a map of the park and didn’t really know where we were going.

There are plenty of wildflowers for me to learn.

The trail varied through scrub, forest, and field.

This long boardwalk crossed a wide (but not deep) ravine. 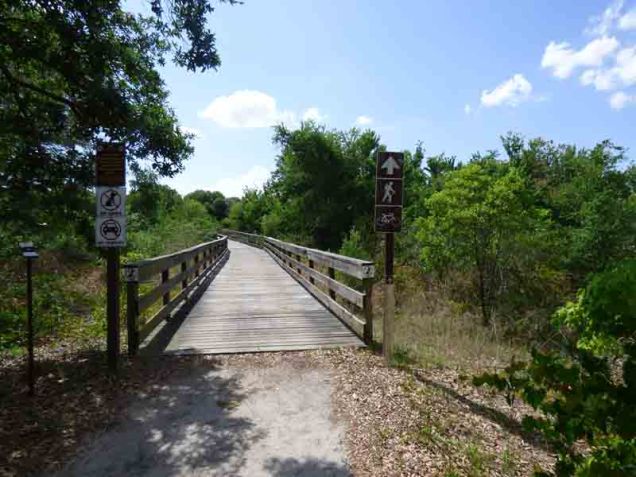 We had not idea how long the trail was at this point.  We just kept walking. 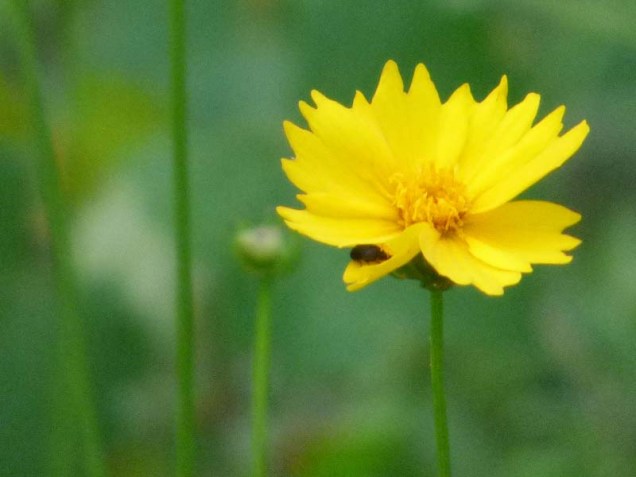 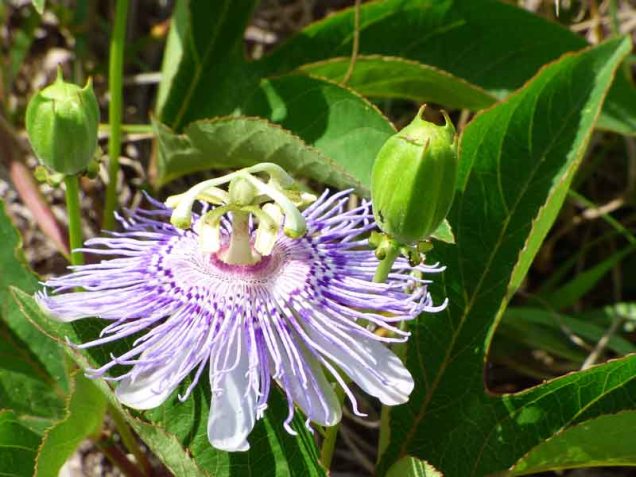 Eventually, we came to a road and I could see the community gardens.  As we walked around, we found a kiosk with a park map on it and realized that we were on a road that cut across the center of the park.  We decided to cut the walk short and cross to the other side.

This is a delightful observation platform overlooking some wetlands.  It has benches in the shade and we had a nice breeze. 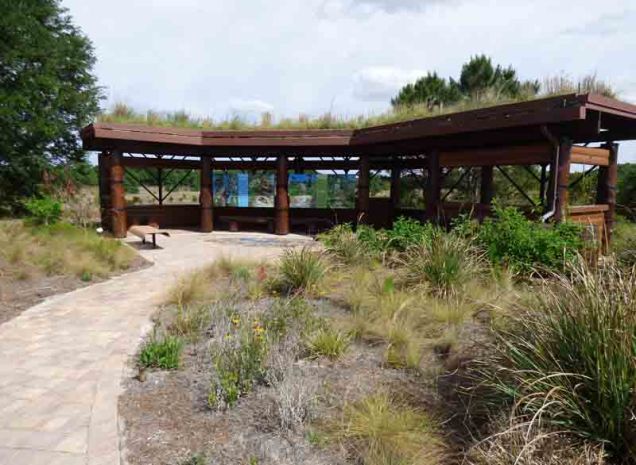 This was one of many flowers I had not seen before.

It is not much of a river and does not appear to be flowing.

The path along the river is delightful with many huge and gnarly trees.

I was thrilled to discover the park and envision many future walks there.  When we settle down and are not traveling too much, I will get a garden plot.  I have never had a community garden.  Do people steal your tomatoes?