I don’t know what time these crews start in the mornings, but I am always surprised by how much is done when we get there.  Today was no different. And, there were studs everywhere.  Several on the roof, some in the garage, and more than I could count in the house itself.

Here is how the house looked when we walked up to it this morning. The hole over the dining room had been covered. Two or four studs were walking on the roof.

This handsome stud was putting up fascia. 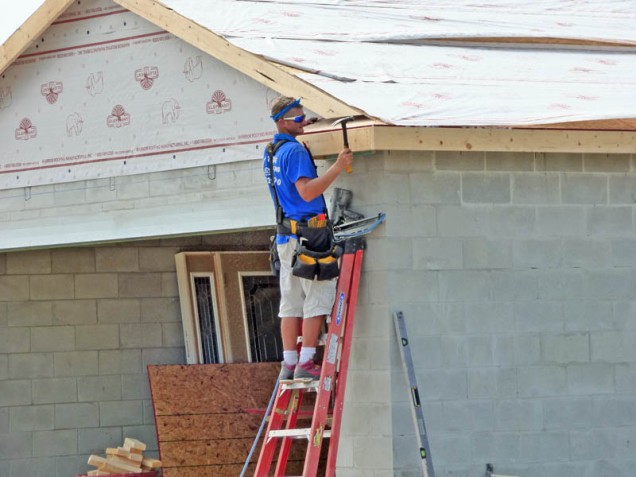 The four young studs on the roof were putting down the underlayment. At first, they tacked it down lightly.  Then, after they had the roof covered they walked around with their nail guns, running along seams and sounding as though a machine gun battle was in progress.

Inside, all the interior walls were studded out.  Andy pretended to be a ghost walking through walls.

This young stud was in the garage adding blocking between the ceiling joists.  There will be a pull-down ladder in the ceiling and a small storage space above the garage. I have never seen carpenters wearing stilts before.  They walked around fairly normally even though they were wearing a ton of tools around their waists. 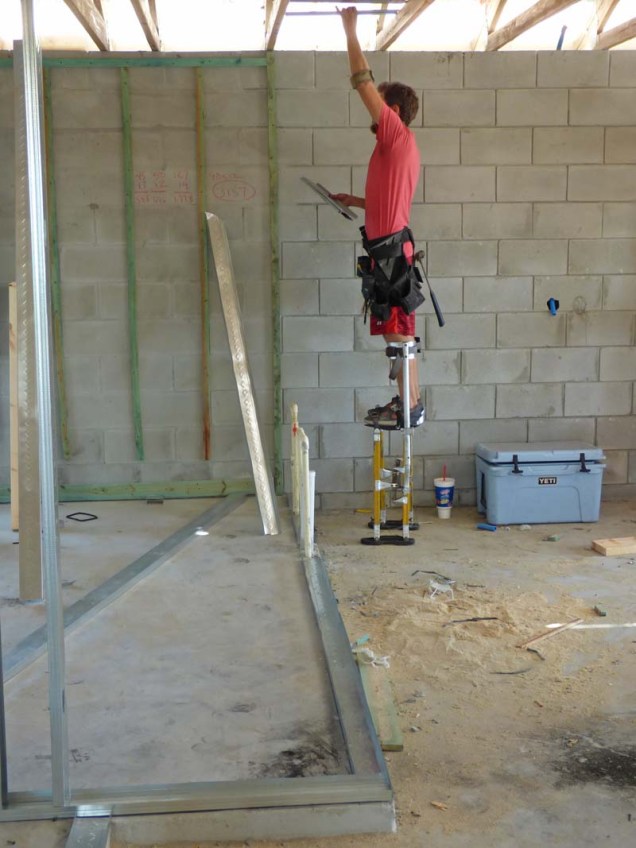 An even taller stud was inside.  He posed for me. 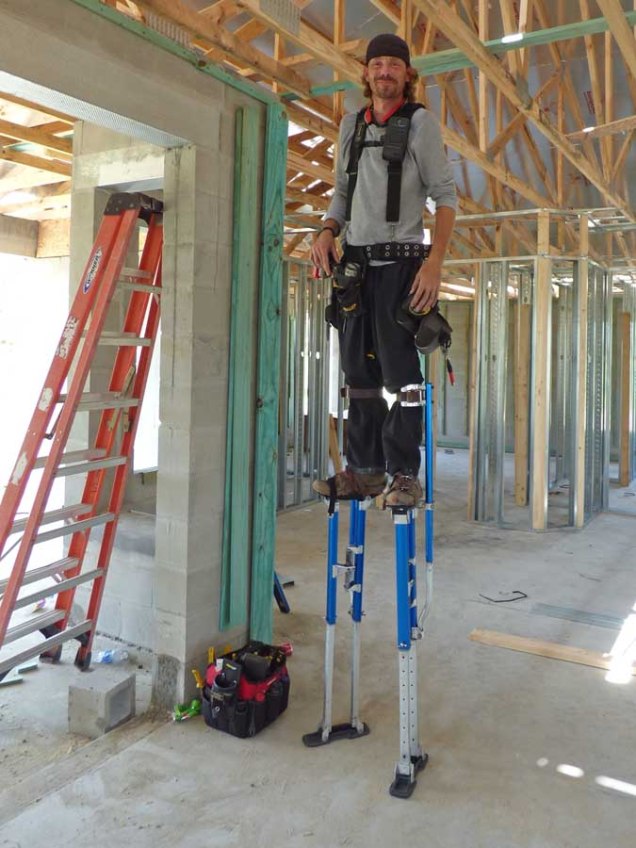 Then he got to work on the door to the master bedroom.

This is the beginnings of a kitchen island that will hold the sink.  The kitchen is not really a separate room; it is part of the family room.

This stud was up in the rafters all afternoon, adding braces to the trusses.

Millie Rose asked if there were other houses around us so I took three pictures to show the current state of my neighbors. This is the view to the right.  That house in the distance is the same model as ours but is finished and for sale. 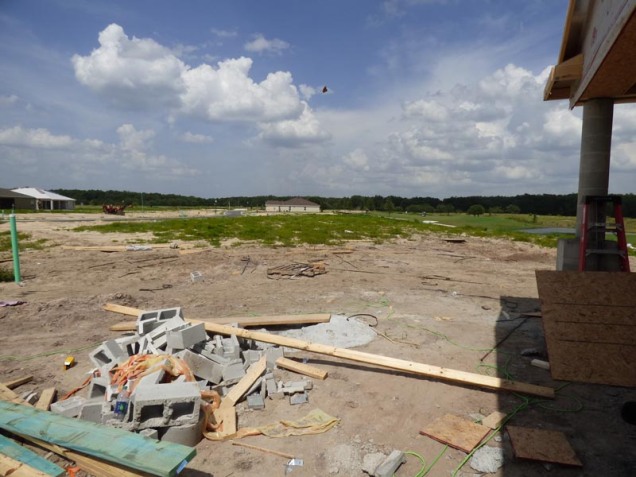 There are five or six houses to the left. It is a long street and they are at the far end from us.

This is the view out the front.  There are six houses on the next street over.

A number of lots without houses have been sold.  It takes a while after signing a contract for them to start the house.  We signed our contract in early March and construction did not begin until the beginning of July.

Here is the house at the end of the day.