It was a big day all over the United States. I couldn’t talk Andy into driving five or six hours to the totality zone and then five or six hours back home.  But, he came up with an alternate plan. The Leesburg Public Library had a nice program planned.  I suggested that we go an hour or so early, eat lunch in a downtown cafe near the library, and then attend the program.

Of course, we stopped at the house on the way. I did not even notice the difference in the house when I took this picture. The black on the gables looked like tar paper with a screen stapled to it. There was white trim by the garage, around the base of the porch columns, and around the door and windows.

We did not see anyone when we walked inside.  The kitchen floor was nearly done.  I called hello and the Russian tile setter answered from Andy’s office.

Andy noticed that dirt was disturbed out the back door. We went out to look.  It was puzzling for a few minutes. 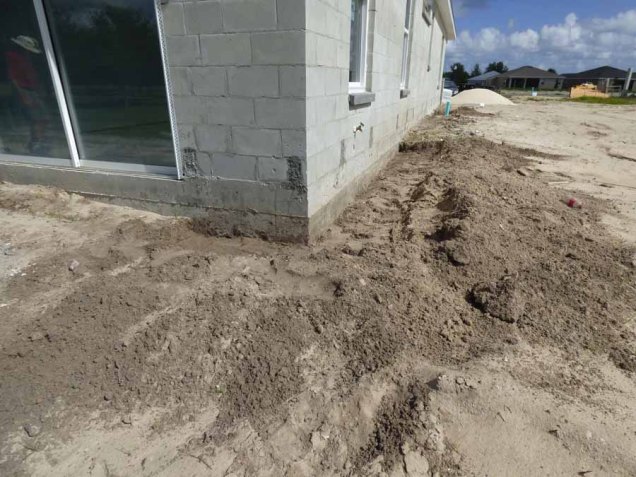 Then, it finally occurred to me: they are preparing to apply the stucco to the exterior. 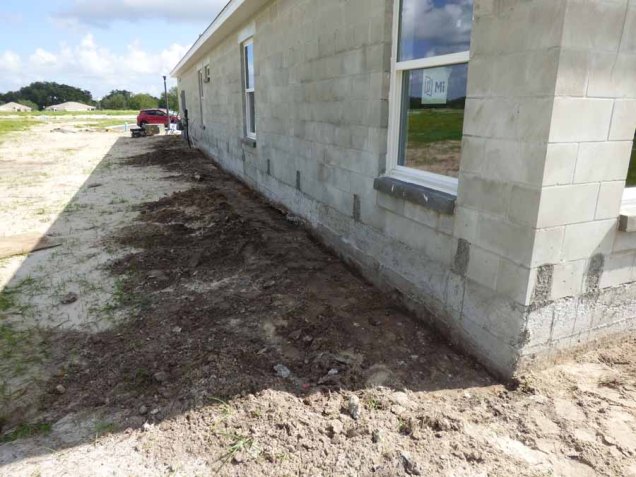 We headed to town. God cafe was just a block away from the library.  We had plenty of time as it was only 11:30 and the program did not start until 1:00.  Lunch was very good; I suppose God could have been in the kitchen.  We walked back to the library at 12:30 and the line was all along the building.  We got on the end.

In just a few minutes, there was a long line behind us. 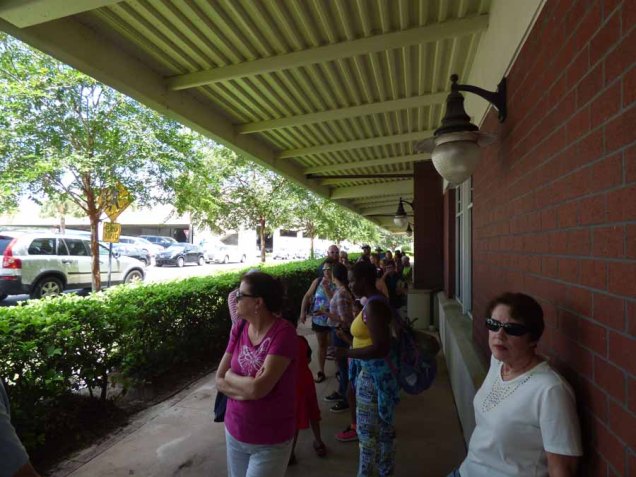 Soon, the line began to move in spurts.  When we finally got to the front door, we saw the sign that said we were in the line for eclipse glasses and not the program.  We headed to the auditorium for the program and were almost the last people to enter.  We were in the last row.

It didn’t matter.  We could see the screen fine, but the sound was not the best, so we didn’t catch all the words.  The video, online somewhere, was about an Australian (I think) who travels around the world photographing solar eclipses. It was very good. When the movie was over, we went out the back door of the library to the garden to watch the real thing. There were a lot of clouds. 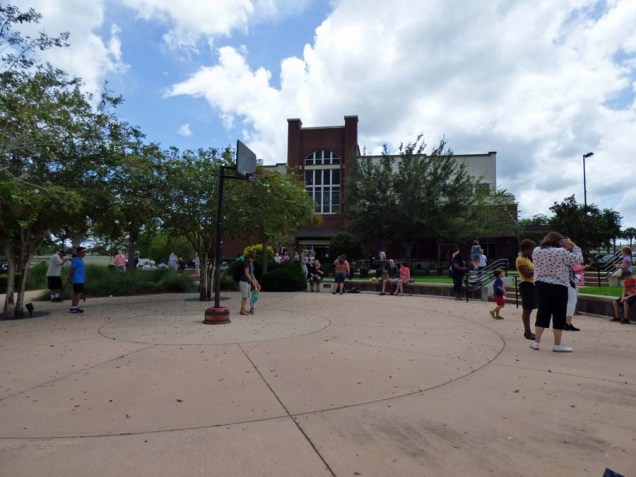 We got a clear view of the sun, but it was not going to last. We did see the eclipse starting through our eclipse glasses. 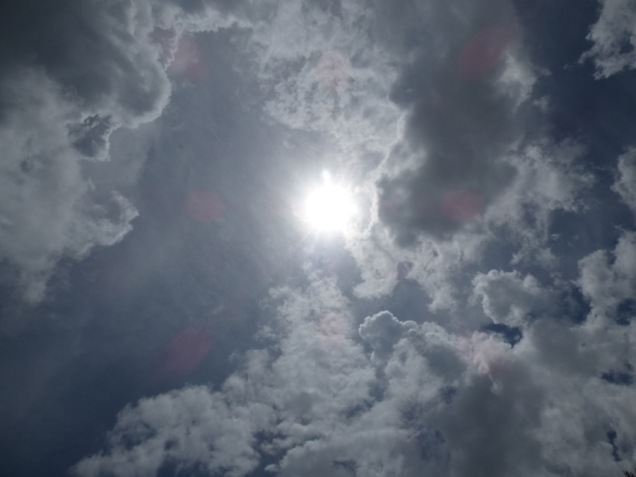 I suggested that we head back to the house. As I drove back down Main Street, Andy remarked, “There’s a barbershop.  ‘e clips.” I had to reward him with a big groan.  That was a good one and I had not heard it before.

We had mostly clear blue sky at the house.  I took a picture of the sun.

Then I tried again holding the eclipse glasses over the camera lens.  That did not work. 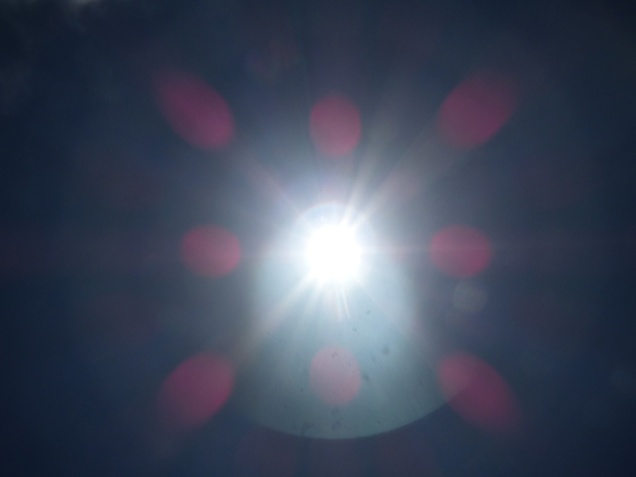 We went inside and called to the tile setter to stop work at look at the eclipse.  I gave him my glasses and we all went back outside. He went back to work after watching for a while.  The eclipse got better and I called him back outside again.  We watched for a bit and then we walked back out front to look at the house.  I noticed the tile setter out back looking at the sun while holding the glasses away from his face. 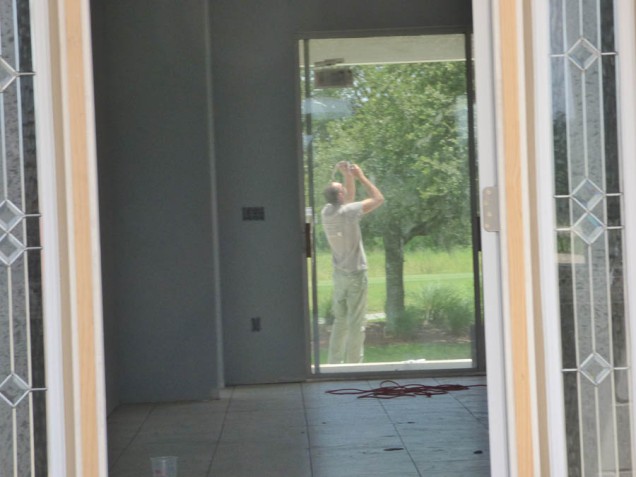 We studied the preparations for stucco on the front of the house.

I didn’t get a picture of the sun, but I did get a great cloud reaching up like a monster’s hand from the horizon.

Andy was kind enough to model his eclipse glasses for me. 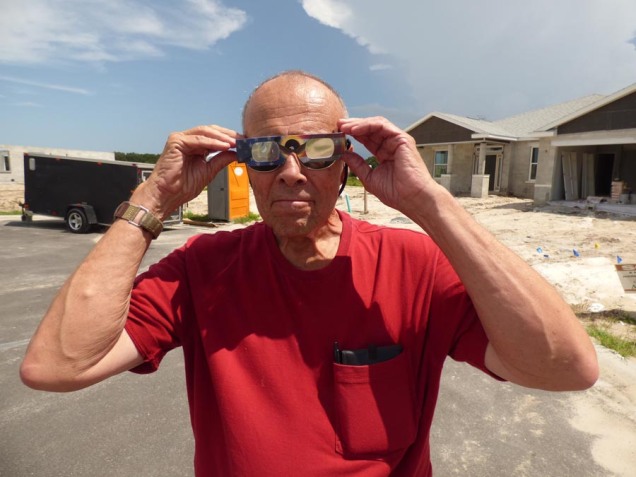 We went back to the house in the evening.  Three more tile setters had returned and were eating their dinner on the floor. 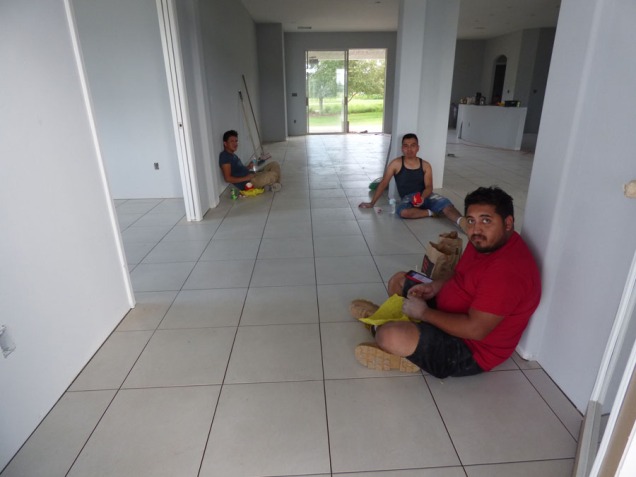 I had to check the color again.  Eastern room in the afternoon.  It’s not so bad. 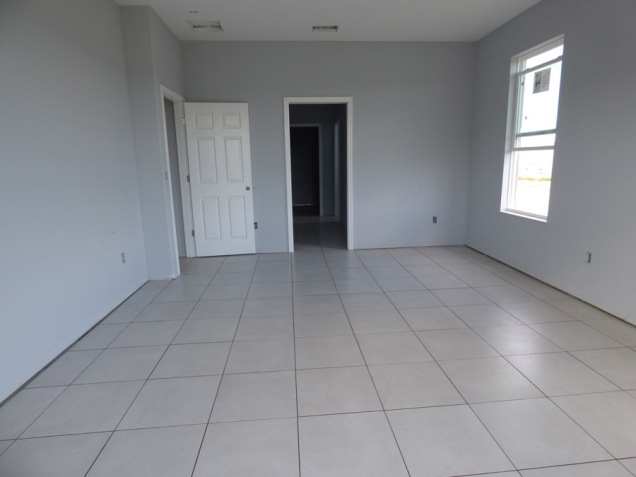 The Russian tile setter was working while the others were eating.  He was cutting a corner out of a tile.

Then he took the tile inside and placed it around the corner from the kitchen to Andy’s office. 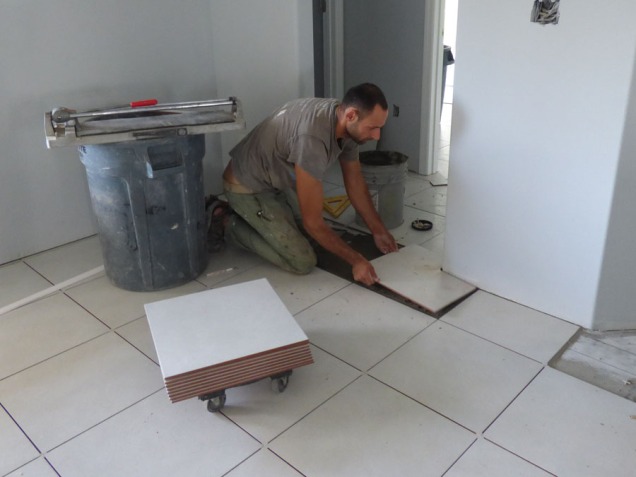 I went back outside to check out that little saw.