Son-in-Love George went to China to visit some suppliers and check on progress for a job they are doing for Milwaukee Tools.  I think the non-stop flight was leaving from Chicago, about two hours away. George was waiting for an airport limo to pick him up and we were all surprised when this one backed into the driveway.

After George’s bags were loaded and he got in the back seat, he lowered the window to wave goodbye to Cam. Cam announced, “That’s a real limo!” And George was off to China.

Later in the day, the boys were using the stair railing as a jungle gym. 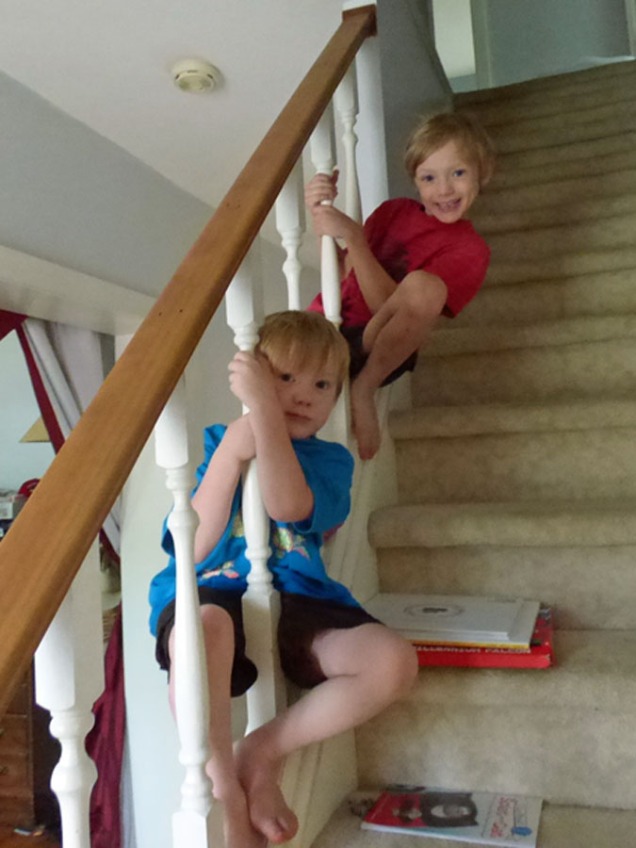