Since we have an annual park pass, we decided to check out Henderson Beach today.  It is just a few miles west of us.  I had tried to get a campsite there, but none were available. I like the campground here at Topsail Hill Preserve much better, but the beach access is much better at Henderson Beach.

A large parking area is right behind the dunes and there are several pavilions and toilet buildings along the beach. The first thing I noticed was the high rise buildings at the west end of the park.

The sand on the beach is very white and softer and finer than sugar. 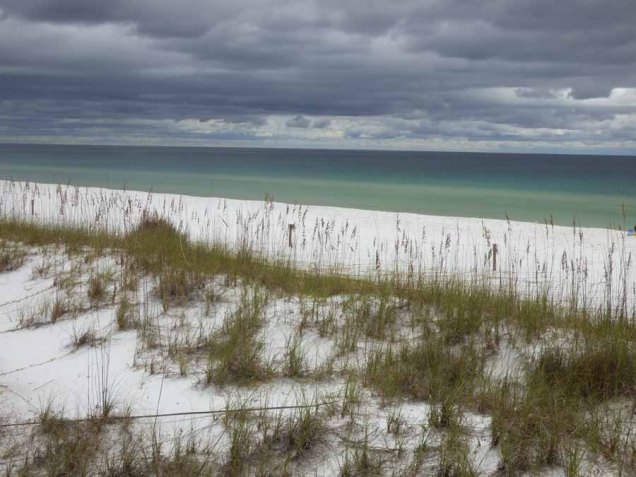 We walked across the boardwalk with a couple from Indianapolis.  When I said the sand is finer than sugar, the man said it’s powdered sugar sand.

Andy was concerned over the dark clouds.  They did look rather threatening, but we never got rained on.

We walked to the east. I took a lot of pictures of this Sand Piper.  I didn’t notice the bubbles until I got the pictures on the computer.

I also did not notice this small wave about to break behind the Willit until I saw it on the computer screen.

Here it is after the wave passed by. 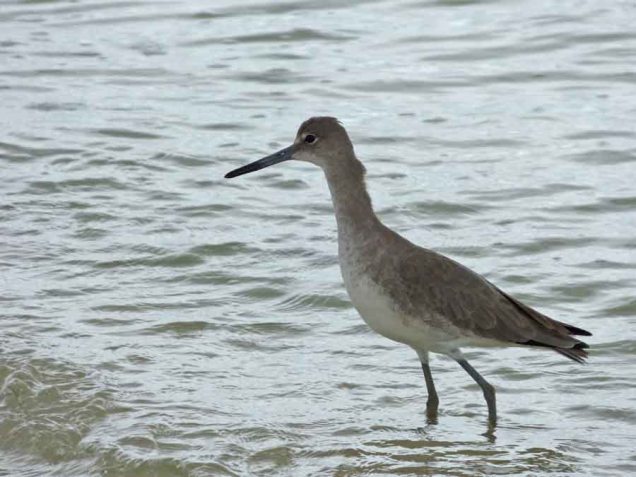 We came across this mama and baby alligator on the beach.  There was not enough sunshine to highlight the texture the sand artist added to the back. That is the baby in the curl of Mama’s tail.

The clouds were getting darker, so we turned about and headed back.  The couple from Indianapolis walked back with us.  They were on a motorcycle and did not want to be caught in the rain. 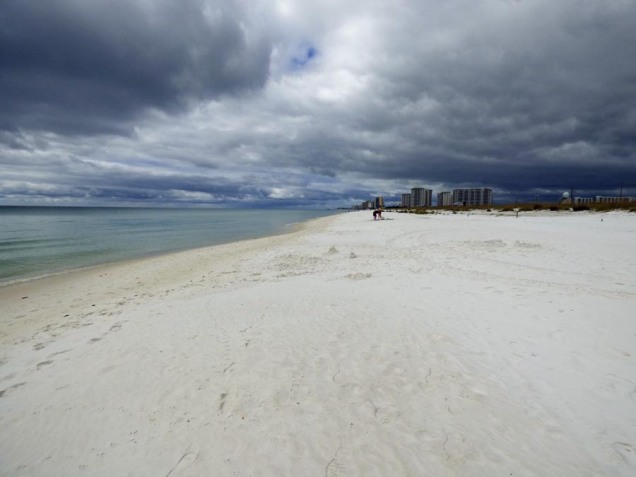 I thought this was an observatory, but Andy learned from a park brochure that it is “a closed military mission electronic tracking and monitoring facility owned and operated by the U.S. Air Force at Eglin Air Force Base”.