Owen and Cam love Bookworm Gardens in Sheboygan, WI and so do I.  Unfortunately, I  forgot my camera so Jennifer provided the photos for the trip.

Each small garden has a theme based on a children’s book.  Each has some sort of structure in addition to the plants and there are waterproof books to read. Here, Owen is reading a book (Harry the Dirty Dog) about a dog whose owners did not recognize as their own until they gave him a bath.

This is the only exhibit I noticed that did not have a book.  It is Whistling Straits, a PGA golf course nearby, which is owned by Kohler.  They are a sponsor of the admission-free gardens.

Just for fun, I found a picture of the actual clubhouse on the internet. 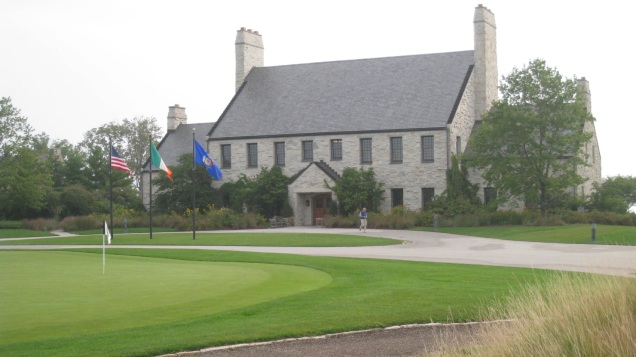 We had a lot of fun re-enacting the Three Pigs.  Cam got the house a straw, I wriggled in and out of the house of sticks, and Owen was quite comfortable in his house of bricks.

Andy played the part of the Big Bad Wolf 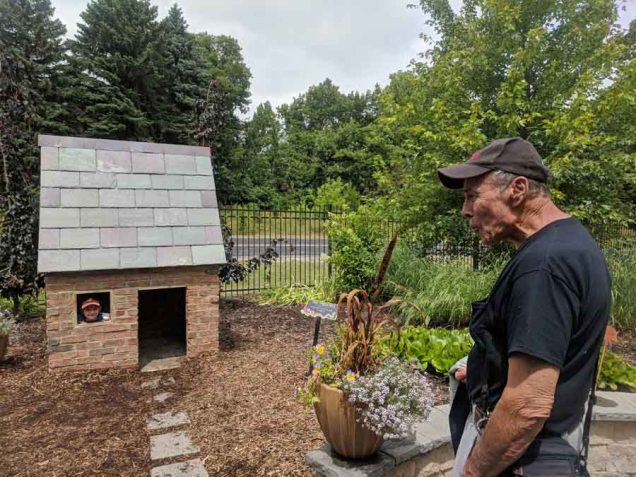 Apparently, the funniest part to Jennifer was me getting in and out of my house with an extremely narrow door. The boys got a big kick out of it too.

I had the most fun at this cock-eyed house.  I have no idea what book it represents. 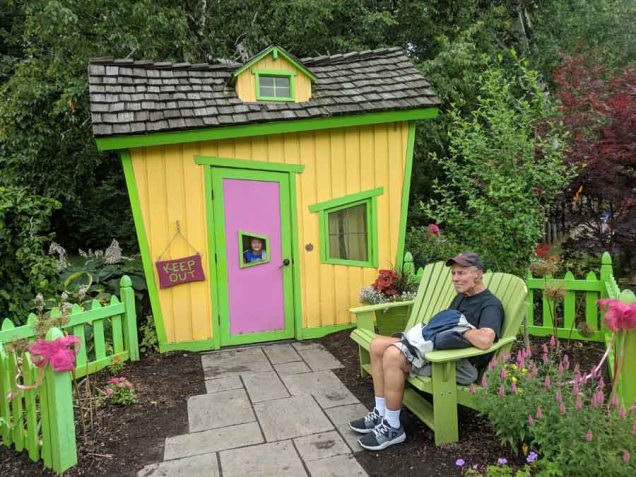 The boys had a wild time inside, especially after I started playing the part of Baba Yaga, the Russian witch who eats small children.

Here are the boys at The Little House in the Big Woods, the first of the Laura Ingalls Wilder series I loved so much as a child.

Bookworm Gardens is one of the cutest and most child-friendly gardens I have ever seen.  Do some Google images to see much more of it.