After the family left Andy and I spent the rest of yesterday getting ready to get on the road ourselves. We went to bed early so we could take off early and actually did get underway at 0750 Eastern Time.  We spent an extra week in Wisconsin because Jennifer asked us to stay while George was in China.  Then, it took nearly another week for the RV to get fixed. We were both anxious to head west.

We finally ended the day, not too far across the border in Sioux Falls, South Dakota. Our RV park was an old, run-down motel across the road from a fuel tank farm.  Hey, I’m not complaining; it was only $15 for the night. 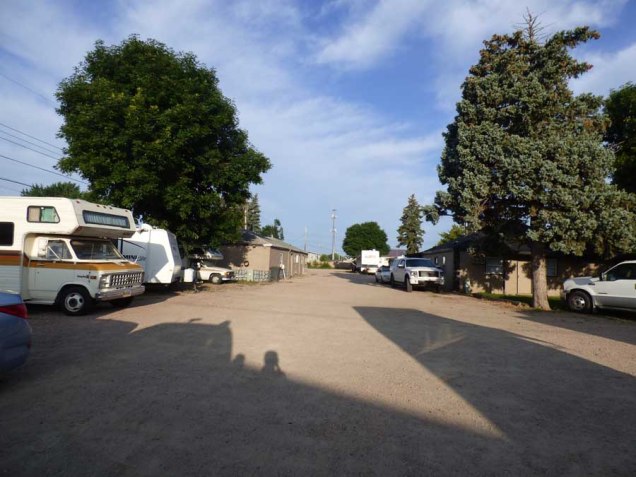 Here is Scamp, tucked in between two fifth-wheel RVs. 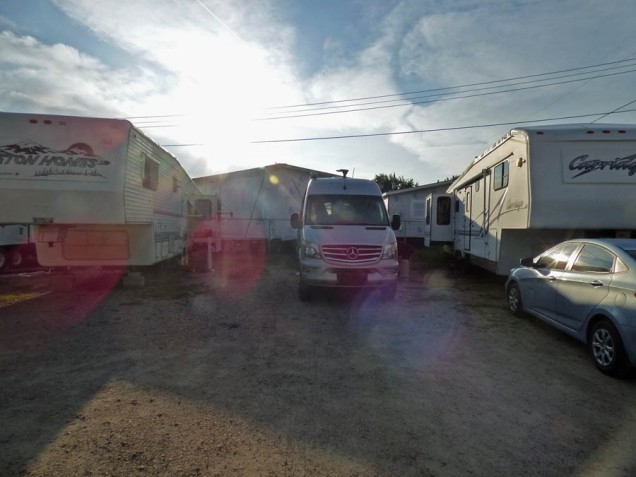